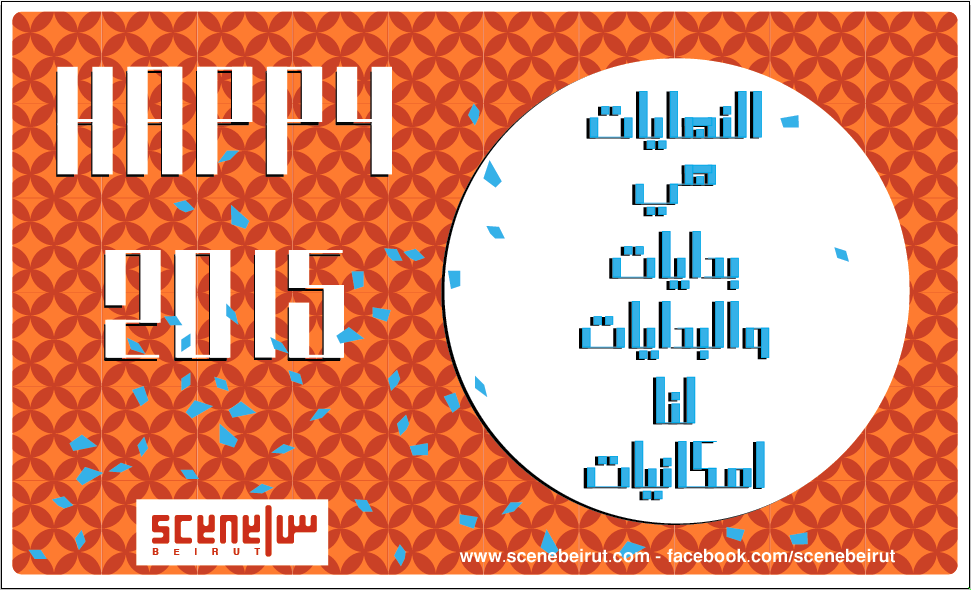 Wish you all the Best for the coming year!

And let us not forget,
"النهايات هي بدايات والبدايات لنا امكانيات"
Meaning :
"Endings are Beginnings, and Beginnings are for us new possibilities"
Posted by Céline at 9:49 AM No comments:

Collaboration with David Hury on "The Beirut Book"

Long due is this post!
"The Beirut Book" came out in Octobre during the yearly "Salon du livre".

One year ago, I met David in London during "The Arab Art and Design exhibition" at Graffik Gallery, in which we were both taking part. Apart from his long career as a writer and journalist in Lebanon, he is the creator of "Beirut Prints" presenting high quality prints to the public by a variety of talented Lebanese photographers.

Last spring, he asked me to handle both the Arabic Editing, picking sentences from songs or books, and the creation of an Arabic font to be used in the book to go well with the stencil style of the Latin Font used in the book and created by himself based on Beirut Street signage.

The result is a book made with a lot of Love for a city that doesn't leave anyone indifferent, to say the least!


Published by "Tamyras" , here is David's foreword to the Beirut Book:


The Beirut Book was born from a series of illustrations inspired by the enameled blue name plates found at the corner of Beirut streets, and created by Beirut Prints, a collective of photographers formed three years ago. Initially, these illustrations relied on a simple principle: twist the phrasing of well-known quotations to include the word "Beirut". The very first one was inspired by the U2 song "Where the Streets Have No Name". An observation that turned out to be false since the streets of Beirut actually have names even when its inhabitants are rarely aware of them. Later, this phrase spawned others,  all drawn from the language of Shakespeare and pop culture: "Star Wars", Nirvana, "Aliens", Orwell...

A few weeks later, in fall 2013, the idea was reimagined as an interactive activity during the book fair "Salon du livre francophone de Beyrouth". (...)  Visitors of the book fair were able to try their hand at the exercise. They wrote what they wished about the city. In ten days, more than three hundred people had taken part in the game. Lebanese visitors, foreigners, authors. Swedes, Frenchmen, Afghans and Lebanese. A Goncourt winner. A Renaudot winner, and other eminent figures. And later more "penmen" such as composers, photographers, filmmakers, a prime minister, an ambassador... In this book, everyone has been treated equally and identified with a first name and an initial.

All these words were mixed with those of ordinary passers-by and with those that social media users put up online. And  naturally, languages followed suit. On the wall plastered with pieces of paper and blue ink, there was English, French and  Arabic of course, but also Armenian, Croatian, German, Swedish, Russian, Dutch, Spanish, Italian... This diversity is in Beirutís image. Difficult to faithfully reproduce.

(...)  "The Beirut Book" has neither page numbers nor chapters or theme classifications. The pages that follow reflect the way Beirutis (at heart or just stopping over, and whatever their  origins) perceive their city: chaotic, tender, full of hatred, libertarian, fettered, amorous, sexy, nostalgic, critical,  unbearable, cynical...

Posted by Céline at 4:42 PM No comments: 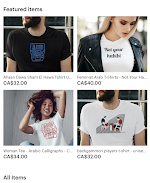